All instruments made before the 20th Century were made using some sort of natural glue like hide glue. We know that this glue will withstand the test of time. We also know that it is strong enough and is easily repairable. The downside is that it is not as convenient to work with as manufactured synthetic glues. The benefits greatly outweigh the costs for the use of hide glue. That is why I use hide glue on all my instruments. 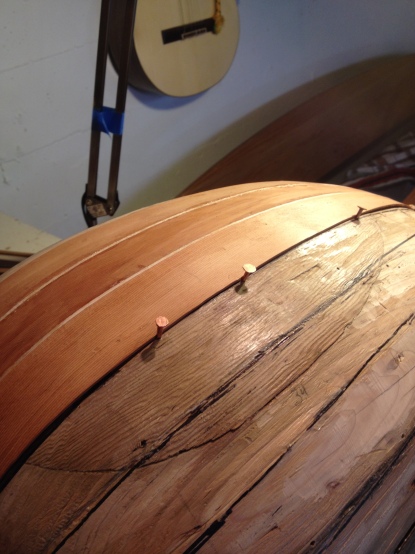 Making Use of Moulds

The use of a mould to make the back of a lute or the “bowl” is historical practice. The shape of each rib comes from bending the strips of wood with heat. The mould is there to ensure that the shape is maintained. After all the ribs are fitted you can slowly pop off the bowl from the mould. All the ribs end up being glued to the front block of wood as seen in the first photo. 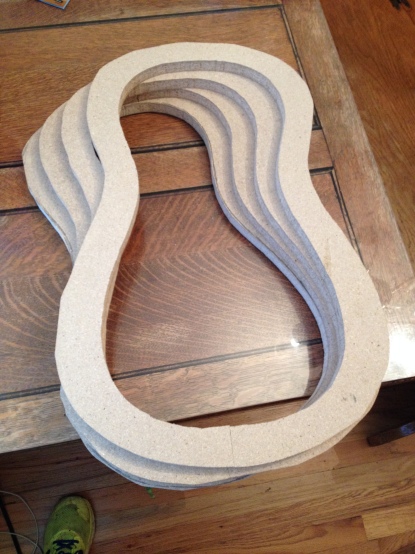 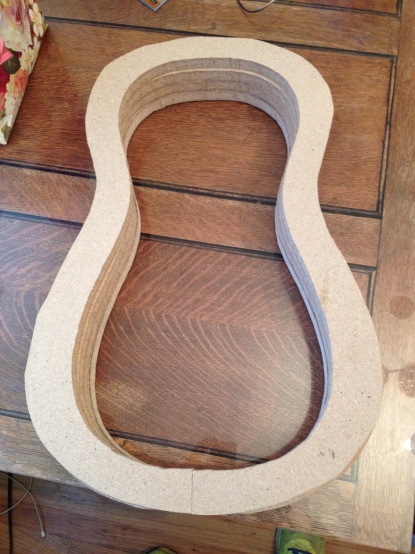 Here is a very simple mould for a Baroque guitar. This mould is the opposite of the lute mould as far as how it holds the wood. I used double threaded bolts from the inside of the mould to press the shape of the guitar sides into the mould.

Walnut lute pegs I turned for a Baroque lute I made.

One thing I had to figure out along the way was how to turn wood on a lathe. I have some friends with experience and they helped me get over the learning curve.